Given the comments on a recent thread beginning here, we’ve decided to resurface a great post by Nancy on the topic. Originally posted 3/13/13.–MG

On the apparently unstoppable “How Do You Sleep?” thread, Peter Deville commented that “it’s interesting to note that the growing differences within the band coincided with a divergence in their individual drugs of choice, having made the collective journey from alcohol to uppers to pot.” He adds:
“Acid initially created that soon-to-be familiar fissure, with John, George and Ringo on one side and Paul on the other. I’m not suggesting that the drug divergence was responsible for the differences, but it must have exacerbated them. And going back to the ‘sensitive’ early 70s, Lennon and cocaine was truly a match made in hell, and not at all conducive to reconciliation and harmony! (cf the notorious Rolling Stone interview).” 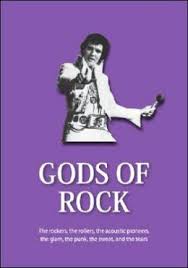 When it comes to doing drugs properly, “there are seven levels.”

This reminded me of reading, in an odd little book [Gods of Rock, by Rob Fitzpatrick and Mark Roland, 2005] a tongue-in-cheek piece called “Paul McCartney: How to Do Drugs Properly.” Here it is, in its three-paragraph entirety:

Some rock stars are more  sensible than others. Take Sir Paul. In his mid-20s he was introduced to cocaine, but unlike so many others, he tired of it very rapidly. “I did cocaine for about a year around the time of Sgt. Pepper,” he has said. “Coke and maybe some grass to balance it out. I was never completely crazy with cocaine. I’d been introduced to it and at first it seemed OK, like anything that’s new and stimulating . . . but it got too fashionable, too fashionable, darling, amongst the record execs. I couldn’t handle all that, being in the bogs with all those creeps!”
Perhaps a little foolishly, McCartney tried to get almost a pound of pot into Japan in January 1980 and was busted and briefly jailed, but apart from that, he’s never had a problem, never needed treatment, never been named and shamed. A hero, a knight of the realm, a beacon, if you like, for sensible moderation.
In 2004, he revealed that he had tried heroin at the height of the Beatles’ success. “I didn’t realize I’d taken it,” he told Uncut magazine. “It didn’t do anything for me.”

[I’m going to have to find this Uncut article and discover how, where, and with whom he managed to take heroin without knowing it.]

A few observations: what McCartney has lacked in progressing to harder drugs he has evidently made up for with consistent use of his drugs of choice, alcohol and pot. They may have fueled his creativity at points, but I think they’ve also weighed him down. There’s a reason one of the (deservedly) scathing reviews of 1983’s Pipes of Peace was headlined “Pipes of Pot.” Pot, and alcohol, help explain McCartney’s not pushing himself harder to do better work more often, especially in the 80s.

And that bust in 1980—seems like a passive-aggressive way to destroy Wings. Lennon tartly remarked in an interview after McCartney’s bust that, at some level, Paul wanted to rebel and get out, and chose this back-door way of doing it. I doubt that McCartney thought it out that way, but he had to know that carrying around that much weed in his carry-on was going to create problems.Michael observed, also in that earlier thread, that this kind of heavy, ongoing drug use almost always points to an underlying issue. As some of us were wondering in that thread, does Paul suffer from depression? In the sense of full-on clinical depression, I’d say probably not, given his almost compulsive productivity and ability to sustain apparently healthy family relationships. But it is quite believable to me that he has had/has a lower level of depression, and uses alcohol and pot to damp it down. And at least in the 1970-72 era, full-blown depression seems a distinct possibility.

As for Peter’s observation about differing use of drugs increasing the rift in the late 1960s Beatles, I don’t think there’s much doubt about it. They were spending more and more time apart, and differences in what drugs the various members used could only underline the other divisions between them.

Bring on the Lucie by Hallelujah the Hills