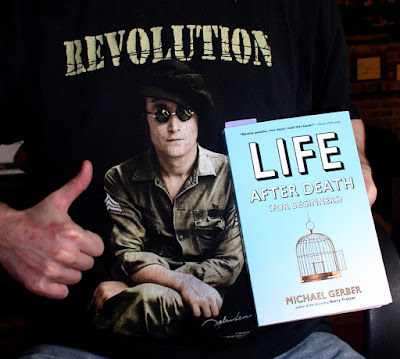 DEVIN McKINNEY  •  In case you didn’t know, our own Mike Gerber has published a fanciful and fantabulous fantasy novel re: the Beatles, John Lennon, murder, mystery, memory, and the whole mishigas. Here is another plug of support from a fellow co-founder of this blog (cropped above and below to honor the subclause of our bylaws requiring co-founders to maintain facial anonymity as we walk among our subjects).