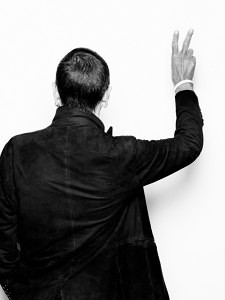 DEVIN McKINNEY  •  Ringo is on the cover of the latest Variety, heralding a celebrity profile by Assistant Managing Features Editor Steve Chagollan that is not only indifferently written but, typical for an age in which basic compositional standards are plummeting faster than an anvil lofted from the Empire State Building, is dotted with stylistic and factual boo-boos.  (Ringo’s wife is referred to as “the actress formerly known as Barbara Bach”; what is she known as now, The Actress?)

Still, the piece offers a brand-new, piping-hot array of Ringo opinions (he thinks Di Caprio is a lock for The Wolf of Wall Street), the latest line on his relationship with Paul (“stronger than ever”), and scraps here and there of useful-seeming information (we’re reminded that a recurrent member of Ringo’s All-Starr Band is Todd Rundgren, whose anti- or at least less-than-overwhelmingly-pro-Beatle views have been a subject of discussion here and there).

The article makes at least one excellent point along rock-historical lines. The moment when the Beatles retreated to the studio to make more sophisticated music—and when Ringo’s drumming became, of necessity, more subtle, flexible, skillful, incisive, and, in the best sense, serviceable—was exactly the moment that groups like the Who, the Jimi Hendrix Experience, and Led Zeppelin took the world stage with wildly flamboyant drummers. (Don’t forget the Muppets, who had Animal.) Ringo (the musician, if not the actor-personality) was out of the public eye, doing his work head-down in a lab, just as the arena-rock age descended and the Cult of the Drummer was being forged—a common crown later to be carried by successors Neal Peart, Alex Van Halen, et al, all of whom are considered by the conventional wisdom of dolts and dullards (though not by the musicians themselves) to be incomparably, laughably superior to Ringo. 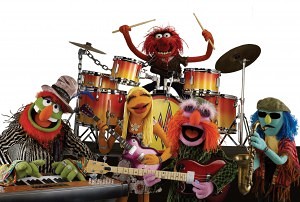 Cult of the Drummer: The Electric Mayhem in action. (Date unknown.)

This sounds very much like one reason Ringo has always been, as Don Was calls him in this article, “the most underrated drummer in rock history.” While that history favored him in some ways, it did his musical brilliance a disservice by taking him off the stage just when it became clear that the rock public would, at any given time, be most readily impressed by what it could see as well as hear—especially if that “what” had flying arms and two bass drums and made a ton of noise.

Anyway, read. 2014 is not a month gone and Ringo has already been feted by the press for Photograph, his ultra-creamy dee-luxe picture book, and by the David Lynch Foundation for his decades-long devotion as a Transcendental Meditator. I lack the cash to buy the former and the patience to make a go of the latter, but I salute Ringo at all times, in all phases, as a man for all seasons, and I’m glad that in his winter, the world is giving him the warmth he deserves.