In the same vein as Norman’s 2005 Daily Mail “letter” to Paul, there’s the doggerel he wrote and published in the Sunday Times back in the early 1970s. I’ve seen references to its being longer than the four lines I can find online, but those four lines are more than enough:

“O deified Scouse, with unmusical spouse
For the cliches and cloy you unload
To an anodyne tune may they bury you soon
In the middlemost midst of the road.”

So, nothing like now having a biography from a writer who once publicly wished for the subject’s speedy death.

I’m sure Norman has changed somewhat in the past 30+ years, and I can believe that he’s genuinely mellowed on McCartney. But the more I look at the written record of Norman’s long resentment of McCartney, the more I see this biography as 1) an attempt to salvage Norman’s (wildly inflated, in my opinion) reputation as a Beatles “expert” and 2) a cash grab.

That 1970’s “poem” makes it absolutely clear that the venom spewed at McCartney in Shout! and that 2005 Daily Mail piece were slow-brewed and saved up. Neither the “poem” nor the “letter” tell us much about McCartney. But that Norman not only wrote them, but chose to publish them, does reveal the vital part McCartney plays in Norman’s own psychodrama. 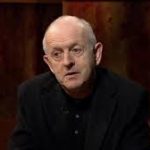 For those interested in other online forums discussing the Norman biography of McCartney, check out this long thread on the Steve Hoffman site.

It’s a comfort to reflect that over time Norman’s work will be mostly, if not entirely, forgotten — while that of Lennon, McCartney, Harrison, and Starr will endure.

5/13/16, edited to add: Somewhat as Norman has apparently been compelled to revise his previous view of McCartney, I must add that I think I’ve been unfair to Norman here. My local library had the bio today, and in the introduction, “All Our Yesterdays,” Norman does a more thoroughgoing job of acknowledging his previous bias against McCartney, and its roots, that I expected. He admits it was “mad” to say that John was three-fourths of the Beatles during the interviews promoting Shout!, and that wishing for McCartney’s death in the poem quoted above “now looks horrifically tasteless.”

It’s still possible to argue that Norman’s only trying to salvage his reputation (he has to know that in the digital age, all his previous statements about McCartney will out), but the tone I hear in the introduction is of someone grappling with age and the difference of view it brings. Norman talks about having wanted to live McCartney’s life, and he seems to see that this desire explains a lot about his previous resentment of McCartney’s post-Beatles life and work. I haven’t read the book, so at this point I can only say that so far Norman’s surprised me just as much as he says McCartney surprised him by granting him “tacit approval” to write this book.

To me this highlights a few things that are salient in the Beatles’ saga and beyond:

I now feel I should give Norman a chance with this biography, just as he gave McCartney a chance to defy his expectations.